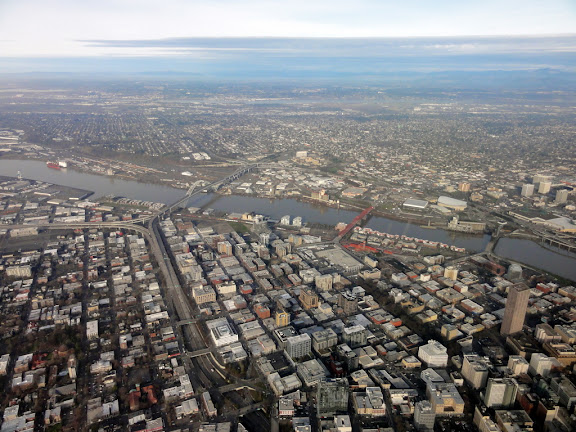 During the preflight, Michal noticed that the pitot tube of our Cessna Skycatcher N30265 was bended (it should be in a perfect ‘L’ shape, but it was inclined downwards). So, he requested repair to the maintenance department. It was an easy problem to resolve, but we would not fly if it would not have been fixed. It would not be safe. 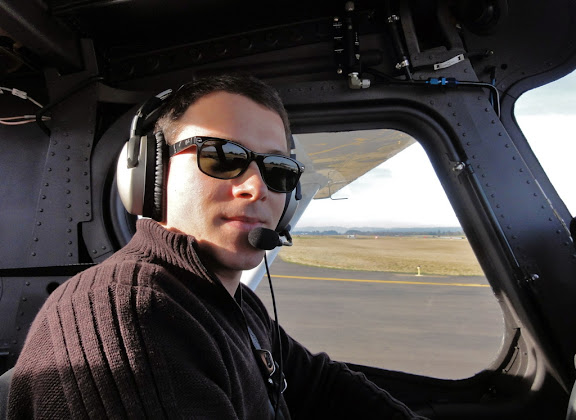 Afterwards, it came the best part: the flight. Just to make it clear, the flight itself has its very beginning still on the ground; from the ramp to the runway. I emphasize that because lay people (like me) usually have no idea of such a thing, generally thinking that taking-off and landing do not really make part of the flight. In fact, in my point of view, these were the most exciting and decisive parts of the flight. Taking-off and landing were as exciting as flying a few thousand feet above Portland, Oregon. By the way, take-off was so quick that I did not have time enough to get nervous. 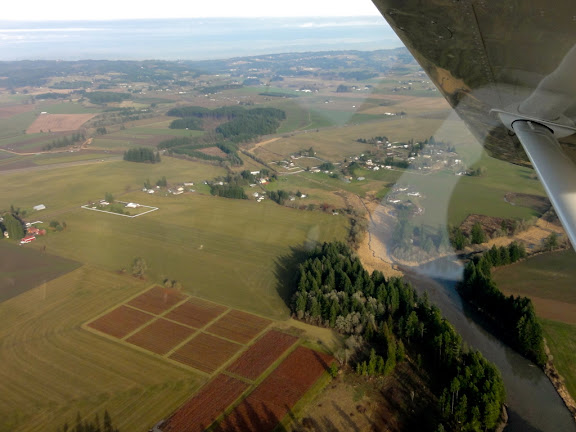 Flying in a small plane, differently of what some people may think, is much more enjoyable than flying in a big airliner. It allows us, passengers, to enjoy not only the trip, but also the landscape and it gives us awareness about the pilot’s job, leading to the understanding of what really happens during the flight. If you are afraid of flying, especially in a small aircraft, that understanding helps to minimize all of your fears.

In my case, I have been always afraid of flying in large airplanes, a fact that, actually, did not make me feel uncomfortable when we came up with the idea of flying a small plane that day. Indeed, Michal thought I would have ‘butterflies in my stomach’, or that I would throw up. However, all that I felt was a good feeling of freedom, such as only flying can give you. If I can compare flying to eating, it was a scrumptious flight. 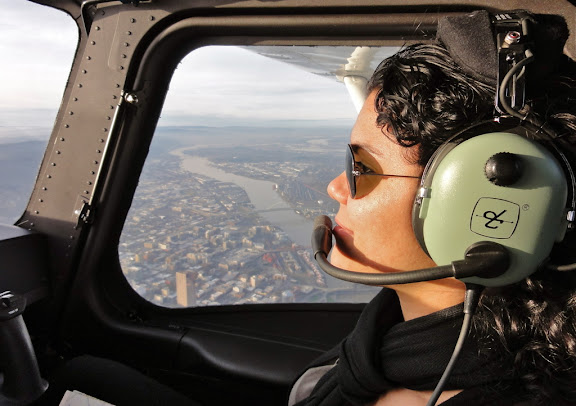 We flew from Hillsboro (HIO) to Troutdale (TTD) – that would be a perfect route to be face-to-face with Mount Hood, if some clouds were not hanging right in the way. Despite the clouds (a real ‘hood’) hiding the Wy’east (name given to Mount Hood by the Multnomah Tribe), we were glad to see Mount Saint Helens, that is, by the way, an active volcano. 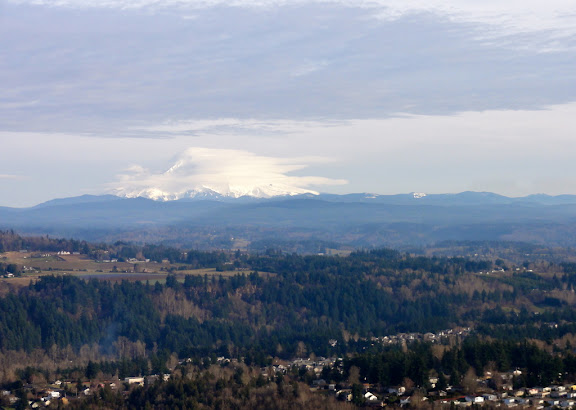 Back to the flight. It took us 20 minutes to get to Troutdale, where we perfectly landed, parked and went shopping. Yes! We went shopping at an Outlet Mall that is on the right side of the airport. We just had to cross the road. Nice, huh? But it was getting late, so we had to head back to the airport. 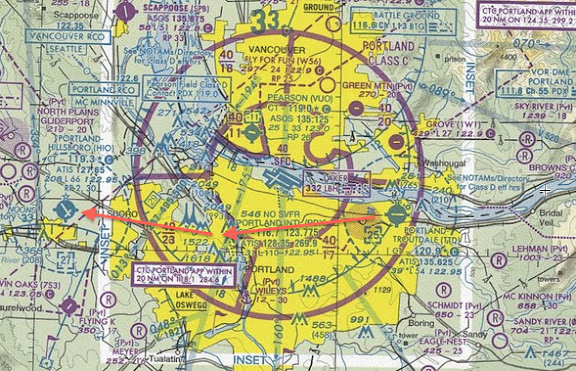 In spite of the short time, the flight back made it worth it. I could not forget to mention we flew over the center of the city (on both ways), most know as downtown Portland, and that provided me with a great view of all the bridges that cross the Willamette River. What an astounding sight! 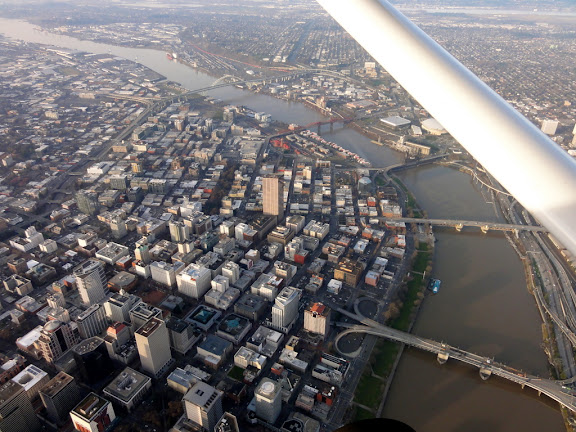 After all that fun, we landed back in Hillsboro. As I have mentioned before, landing was as exciting as being up in the air and such a well performed maneuver. And the flight is about to end. Just park the aircraft. This is it!

At last, another aspect of the flight that caught my attention: communication. That was one of the things that amazed me the most: the codes, the aviation alphabet, and the ability of both pilots and controllers to keep everything under control. Speaking clearly is not an easy task, especially in an environment where so many different people along with their own dialects are involved.

I would like to thank Michal for taking me flying and I am looking forward to being back in the air soon!